TimberStruc: Built from the ground up

TimberStruc began after we set out on our journey in the summer of 2019 with a small team- Director and owner Jon Lee, 2 designers, 3 men on the shop floor and some trepidation. In less than 6 months from the initial idea the factory lease was signed, the machinery in place and key suppliers had been engaged.

Together, we agreed to take on the exciting new project, identifying excellent customer service and quality products as part of the company’s core focus. We were additionally able to recognise that the customer experience would be key in getting repeat business to build up a credible reputation, whilst placing us ahead of competitors.

In June, we were able to officially announce inception through the launch of a website and in August we designed, manufactured and delivered our first roof truss order for a small garage which included a grand total of 10 Roof Trusses. It was the start of what was to be a pleasantly eventful adventure, with a collection of jobs to follow.

Shortly after the roof truss order, we carried out some work with joists. By the end of the year we had designed, manufactured and successfully delivered Roof Trusses, Metal Web Joists, Oak Feature Trusses a Timber Frame extension and nearly 3000m2 of pre-fabricated floor cassettes.

The diversity in projects covered over that period ranged from small scale to larger, more difficult operations. Thanks to the hard work of our team though, we were able to carry them all off successfully and our business model proved to be just as efficient as we’d hoped- it was capable of delivering and the vision had legs.

Through early 2020 it was clear that the foundations that had been laid to give TimberStruc the launchpad it needed. Business proved so popular in fact that Tim began his time at the company with an earlier start than expected- in March. Shortly after however, the business faced an unpredictable shock wave that shook the entire world; Covid-19. 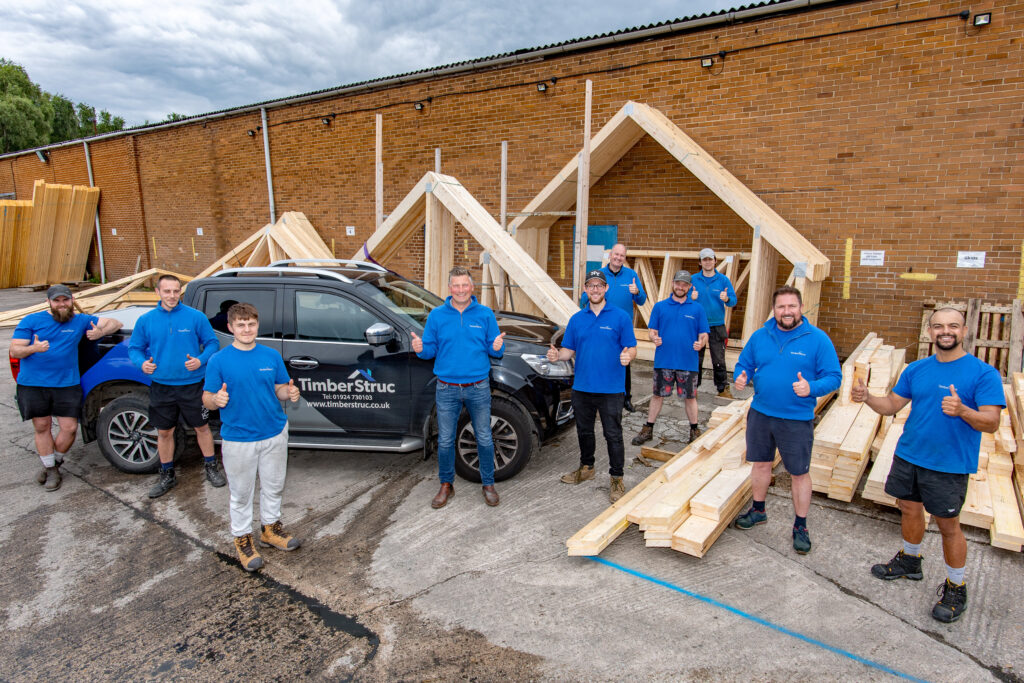 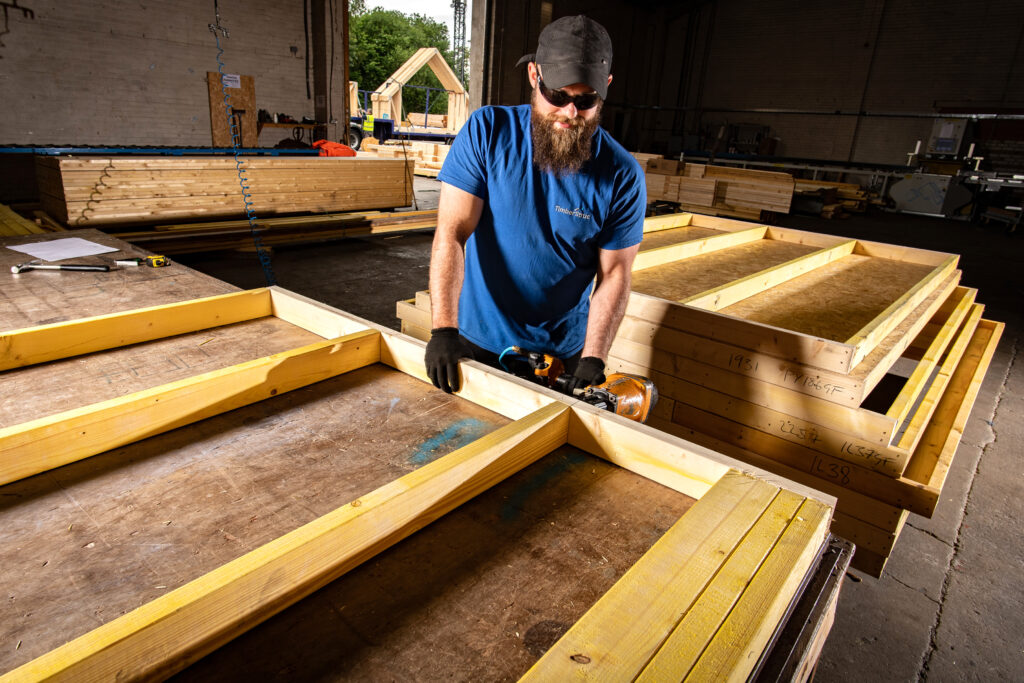 When covid struck, the impact was unavoidable. Companies suffered noticeably on a national scale, and unfortunately we were no exception to this. It was a pragmatic approach that saved us through quiet spells; we were able to make use of our time by carrying out factory improvements, implementing new processes and making plans for the future. By late April, our employees began to return to work from furlough and we saw business pick up again to around 60% of pre budgeted capacity.

Thankfully we found our feet again before we knew it, with summer’s growth beating order levels pre-April. We additionally gained news of our first profit in March 2021 at the end of the financial year; news worth celebrating.

The introduction of normality post-pandemic granted us access to new achievements and goals to fulfill- which involved taking on additional staff, improving the factory and office facilities and ensuring the business was set up for continued growth.

To describe the past two years as a roller coaster would be an understatement. We’ve faced tests and challenges that, thanks to a brilliant team and efficient solutions, we’ve been proud to overcome.

We’ve got a keen plan in place for the future, with customers and staff remaining at the forefront of our priorities. The next couple of years hold plenty of promise, with a vision in place focused on excellent customer service, improvement in efficiencies, expanding their service offering and continuing on the path of growth.

PrevPreviousMore than just a material: The health benefits of timber
NextMetal Web Joists: what they are and how they can be used in your homeNext